How To Keep Your New Year’s Resolution

The New Year is officially here, which means it’s time to start setting some New Year’s Resolutions. Let’s dive into the research and explore why we set New Year’s resolutions, why most of them fail, and what we can do to succeed.

But what makes New Year’s special? After all, it’s just like any other day of the year, right?

Why Do We Set New Year’s Resolutions?

Let’s start with why we set New Year’s Resolutions in the first place.

When we want to change something in our lives, we usually start on a temporal landmark – a day that holds some sort of importance.

The authors refer to this phenomenon as the “fresh start effect.” They hypothesize that temporal landmarks help us create psychological divisions between our past self and our present self, motivating us to pursue our goals and aspirations. Temporal landmarks make us feel like we have a clean slate, giving us a chance to redefine ourselves.

Setting goals is easy though, keeping them is the hard part.

Interestingly enough, setting a New Year’s Resolution has also been shown to increase the likelihood of success compared to setting goals later in the year. One study compared resolution success rates between people who started at the start of the year versus those who started at a later time. They found that at 6 months, 46% of the resolvers reported continued success versus only 4% of non-resolvers.

But if New Year’s is the best time to make a change, why is it still so hard to keep our resolutions?

Why Is It So Hard to Keep Our Resolutions?

The reason that most New Year’s Resolutions fail is simple: behavior change is hard. We are creatures of habit and prefer to do things that don’t require a lot of effort, which usually means doing nothing at all.

Making any kind of change in your life is going to be difficult. If it were easy, chances are that you’d probably already be doing it by now. But if you never change your behaviors, you’ll never change your outcomes.

To make things even more difficult, the types of New Year’s Resolutions that we usually set for ourselves don’t just require changing our behavior for a period of time, but rather changing it permanently.

If you want to lose weight, it’s not a matter of eating right and exercising for a couple of months. Losing weight and keeping it off requires a permanent change to your lifestyle. Anything less and you’ll just find yourself back at square one a few months down the road.

So now that we know why it’s so difficult, what can we do to make lasting changes and keep our New Year’s Resolutions?

How Can We Keep Our Resolutions?

The first component to a successful New Year’s resolution is having a clear end goal. Oftentimes the resolutions that we set for ourselves are too vague.

“I want to lose weight.”

“I want to get healthy”

“I want to eat better”

These resolutions don’t tell us a lot.

What about your health are you trying to improve? Your cardiovascular fitness? Your muscle mass? A certain blood marker?

When our goals are too vague, we don’t have a clear picture of what exactly we’re working towards, which makes it much harder to figure out what steps we need to take to achieve them.

What you want to do is set S.M.A.R.T resolutions. You want them to be specific, measurable, attainable, realistic, and time-specific.

Ask yourself these questions:

What exactly am I trying to accomplish?

How will I determine if I’m making progress or if I’ve completed my goal?

Do I have the resources to accomplish this goal?

Am I willing and able to accomplish this goal?

And what is my deadline to accomplish this goal?

Once you can answer these questions, it becomes much easier to map out the steps to get there.

This method of defining your goals has the added benefit of ensuring that your goals are realistic as well. If you do this exercise and find that you’d have to lose 20 lbs/week to accomplish your goal, you’ll know that it’s unrealistic and can reassess your goal or your timeline accordingly.

Don’t Bite Off More Than You Can Chew

This brings me to the next point. Don’t bite off more than you can chew.

On New Year’s, we are often highly motivated, which also makes us overly ambitious. We want to do great things but overestimate our ability to actually follow through with them.

The problem with ambitious goals is that they can be incredibly intimidating. It can feel like there is an insurmountable mountain ahead of you and there’s no way that you’ll ever reach the top. The result is that you get discouraged and quit.

Instead of trying to accomplish a monumental goal, break it down into smaller subgoals that you are certain you can achieve. Research has shown that people exhibit more motivation to accomplish a goal when they focus on small subgoals instead of the overall goal.

If your goal is to become a doctor, for instance, don’t focus on big picture things like getting into medical school or getting into residency. Start smaller than that – much smaller.

Or maybe you start doing flashcards, in which case you might start with 10 flashcards a day, then work up to 20, 30, etc. The trick is to start small and slowly build.

Over time, these small accomplishments will add up. And before you know it, that large goal will seem a lot less intimidating because you’ll already have made a great deal of progress towards it.

Don’t Rely on Motivation, Focus on Building Systems Instead

Next, don’t rely solely on motivation. Focus on building systems instead.

If you’re trying to eat better, put healthy, low-calorie choices front and center in your fridge and put high-calorie junk foods up in a cupboard out of reach.

Next, set reminders. Write things on your calendar. Post sticky notes around the house. Set alerts on your phone. The more you are reminded of your resolution, the more likely it is to stick. Research has shown that even the simple act of writing out your goals can increase your chances of success. This effect is even greater if you can send written updates to a friend to keep you accountable.

This brings me to my next point, get an “accountabilibuddy.” Having someone there to make sure you’re staying on track can make a huge difference in sticking to your New Year’s resolution.

If you want to take it up a notch, you can even join a community of people with similar goals. Being a part of a strong community can greatly influence your ability to change your behaviors. As you build relationships with the other members of the community, you become more willing to learn, more open to new ideas, and more willing to change.

Make Your Resolutions a Part of Your Identity

And being part of a community can strongly influence your identity. Remember, if your resolution involves making a lasting change in your life, then you have to embrace it fully and let it become a part of your identity.

Decide what kind of person you want to be, and then prove to yourself that you’re that person through your behavior.

The secret is repetition. The more you repeat a behavior, the more you reinforce the identity associated with it, and the closer you become to believing in that identity yourself.

Don’t Let The Setbacks Derail You

But even with the perfect plan, strong systems, good social support, and loads of motivation, you will eventually have setbacks. Nobody will adhere to their New Year’s resolution 100%. Having setbacks isn’t what will determine your success though, how you respond to them is.

It’s never the first mistake that ruins you, but rather, the spiral of repeated mistakes that follows. As James Clear says, “missing once is an accident. Missing twice is the start of a new habit.”

A simple rule that has served me well is to “never miss twice.”

If you miss a day at the gym, pick it back up the next day. If you have a calorie-dense meal, don’t wait until tomorrow to start your diet again, start with the next meal.

Too often we adopt a “what the hell” mindset and use one setback as an excuse for additional setbacks, and before you know it you’ve completely fallen off the wagon. Instead of kicking the can further and further down the road when it falls, pick it up immediately and move forward.

If you’re committing to a New Year’s resolution this year, remember to stick with it. Keep defining and re-adjusting your plan. Keep creating and refining your systems. Keep reminding yourself of the person that you want to become.

If you can do that, then I’m certain that this will be a great year.

If you enjoyed this article, be sure to check out my piece on Four Things You’re Doing Wrong this Holiday Season or Atomic Habits.

Dr. Kevin Jubbal graduated from the University of California, Los Angeles magna cum laude with a B.S. in Neuroscience and went on to earn his M.D. from the University of California, San Diego as the sole recipient of the top merit scholarship for all 4 years. He matched into Plastic & Reconstructive Surgery residency at Loma Linda University Medical Center. He has authored more than 60 publications, abstracts, and presentations in the field of plastic surgery.Dr. Jubbal is now a physician entrepreneur, and his passion for medical education and patient care led him to found the Blue LINC Healthcare Incubator and Med School Insiders. Through these and other projects, he seeks to empower future generations of physicians, redefine medical education, and improve patient care through interdisciplinary collaboration.
All Posts »
PrevPreviousDominating the MCAT Pt 2. | Optimizing Productivity & Studying
NextDominating the MCAT Pt. 3 | Resources & TimelineNext 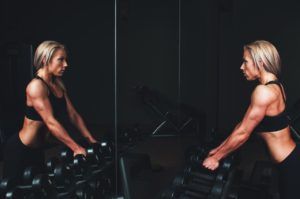