How is the Casper Test Scored?

The Casper test, a major component of Altus Suite, doesn’t assess your medical knowledge or even your ability to apply that knowledge. Casper is designed to measure an applicant’s professionalism, ethical decision making, empathy, and communication skills. You may be wondering, if Casper isn’t a test of your academics, how is the Casper test scored?

In this post, we will cover how the Casper test is scored, including information about the raters, what specifically is being tested, and how scores are formulated.

When you’re done here, read our comprehensive Casper Test Guide, which outlines everything you need to know about Casper, including test logistics, how to prepare, and FAQs.

What is Casper and Do You Need to Take the Test?

Casper is one of three components within the Altus Suite, a multi-part assessment designed to evaluate a prospective medical student’s people skills and bedside manner.

Casper stands for “Computer-Based Assessment for Sampling Personal Characteristics.” True to its name, Casper is a computer-based test designed to assess your interpersonal and intrapersonal skills, empathy, professionalism, ethics, and bedside manner. In other words, Casper measures the kind of person you are beyond your hard skills and grades.

While impressive grades, exceptional cognitive ability, and other hard skills are essential to every medical student and future physician, interpersonal skills and a strong bedside manner are also essential.

Doctors must be able to communicate effectively with their patients. They need to listen closely to what their patients tell them in order to gather information and deduce what could be wrong with their health. Doctors also need to be able to clearly deliver an expansive range of challenging, and at times devastating, information to people in fragile emotional states.

Casper was developed in 2010 by Harold Reiter and Kelly Dore at McMaster University’s Program for Educational Research and Development (PERD) in Canada to measure these interpersonal skills in medical school applicants. The test did not catch on immediately, but it has seen a recent surge in popularity that is showing no sign of slowing down. There are currently dozens of US medical schools that require applicants to take the Casper.

Curious to know if you’ll have to take the test? New schools are added to the list every year. Find out which schools require applicants to take the Casper.

How is the Casper Test Scored?

Each scenario comes with three questions. The scenarios are a mix of SJTs (Situational Judgment Tests) and behavioral descriptor questions. Generally, the scenarios are not based in a clinical setting. For example, you could be in a grocery store or at a party with friends.

Casper tests for the following 10 Constructs:

There’s a lot more to being a doctor than excelling at science. Patients need to be able to trust their doctor with a great deal of sensitive information, and they need to believe their doctor has their best interests at heart. If a patient doesn’t trust your judgment or advice, then you have failed in your role. A perfect 528 on the MCAT doesn’t effectively demonstrate an applicant’s ability to connect with patients in this way, which is why the Casper test was created.

2| How You Are Assessed

Each section of Casper is scored by a unique rater, meaning no two sections of your test will be graded by the same person. Your Casper score is therefore composed of multiple independent impressions of you.

A Casper response is scored relative to the other responses to the same scenario. This means your score signifies the strength of your response compared to other test takers’ responses.

You will not receive a specific score per se; you will receive a quartile that indicates how well you performed relative to your peers on the typed response section of Casper.

Initially, Altus is only sending your typed response scores to all participating schools, and your quartile results are also only based on your typed responses. Results from the video response section will be shared with a handful of programs selected by Altus for an early adopter program, and used to help them responsibly evolve the Casper assessment.

You still need to prepare for the video response section, even though your results are not included in your initial Casper score, but expect Altus to change this in future iterations of the test.

Scores are divided into four equal parts, meaning a quarter of scores are placed in each quartile.

This is how the quartiles break down:

Raters are also not provided with any kind of answer key—they are given general information about which central concepts and ideas are essential to each scenario. Therefore, Casper isn’t made up of right or wrong answers.

Since there are no right or wrong answers, quartiles represent what percentage of other applicants you scored higher than in the typed response section.

* You will not receive feedback or results at this point in time for the video response section of the Casper test.

While there are some clues to what raters are specifically looking for, in general, it’s best to answer questions from the most ethical and equal standpoint, ensuring laws are abided by, and each person in the scenario has equal representation. One thing raters are definitely looking for are any potential red flags, such as anything in the response that could be construed as unethical, unprofessional, harmful, or dangerous.

According to Altus Suite, you might end up in a higher quartile based on these five reasons:

Raters are trained to focus on the content of your answer, not on your grammar or spelling. That said, it’s important to ensure you are able to get your points across clearly. If your answer is full of glaring grammar and spelling errors, the rater may not be able to understand what you are trying to say, and they therefore won’t be able to give you a good score.

Although each section has three questions, your score is based on your overall performance in that section. So if you run out of time and miss a question, it’s possible that you will not incur a penalty—as long as your initial response is professional, appropriate, and comprehensive. Still, it’s important to answer all three of the questions if you can.

3| Who Assesses Your Test

Before they are permitted to score Casper responses, each rater completes training and accreditation. According to Altus, they have many quality assurance measures in place to ensure your responses are evaluated fairly and carefully by the raters.

Altus says that their group of raters reflects the diversity of the population. Raters are “extensively trained, put through implicit bias training, vetted, and understand the importance of their work as a rater and the impact it has on an applicant’s future.”

Each section of the Casper test is scored by a different rater who has no idea who you are or how you responded to the other scenarios. Your Casper score consists of numerous independent and objective assessments of you. No rater will ever score an applicant more than once.

Casper raters are required to complete a training session and accreditation before they are permitted to score Casper responses. Casper raters can come from a range of different industries, not just medical. Raters must reside in the same country as the test takers they’re evaluating and have knowledge and experience of the culture of the country. In an effort to build a diverse group of raters, Altus encourages people from all walks of life to apply.

Unfortunately, you won’t be able to see your score after you complete the test. You will, however, be able to see which of four quartiles you landed in. Your quartile indicates how well you performed relative to your peers. All Casper scores are divided into four equal parts—25% of applicants score in the first quartile, which is the lowest quartile, 25% score in the second, 25% in the third, and 25% in the fourth, which is the highest quartile.

Your Casper score is automatically submitted to the medical schools you’re applying to, similar to the way you don’t see your letters of recommendation before they are sent.

Your Casper score is made available to the programs on your distribution list two to three weeks after you take the test. You will be able to see your quartile score one month after taking the test—after your score has already been submitted to the schools you’re applying to.

Your Casper score is only valid for one application cycle. If your medical school application is unsuccessful and you need to reapply the following year, you will need to take the Casper test again.

Casper is designed to provide admissions committees with an evaluation of the kind of person you are beyond your hard skills, grades, and other credentials. Very few aspects of the medical school application inform admissions committees about your soft skills and bedside manner. Someone who looks excellent on paper may be completely ineffectual when it comes to dealing with patients in a professional and ethical way—and that’s where Casper comes in.

Casper Raters are not looking for a right or wrong answer—they’re looking for mature, professional, ethical responses that touch on as many dimensions of the question as possible. Assessors want to see that you have recognized and considered the wide-reaching implications of the scenario for everyone involved, just as professional physicians have to do every day.

Review our 15 different Casper preparation strategies that will help you succeed on test day.

Although you can’t study for Casper, you can and should prepare for it. Med School Insiders offers Comprehensive Medical School Admissions Packages that will help you with every aspect of the medical school application process—including Casper. We’ll walk you through the entire process, provide you with sample questions, and prepare you with the methods you need to crush your Casper test.

Browse our wide range of free resources, which includes articles and guides on the Casper test, the MCAT, the medical school application process, residency applications, and more. 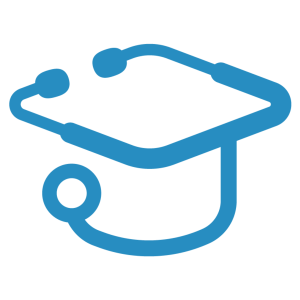 Learn more about the Altus Suite Duet section, including how to prepare for Duet and answers to important Duet FAQs. 2023 Snapshot Interview Guide — How to Prepare

In 2023, What Medical Schools Require Casper?

(Updated January 2023) Learn what medical schools require Casper and why more schools are requiring Altus Suite as a part of the medical school application process.