The Power of Habit

“Work ethic” is a phrase that we use frequently. It’s something that we all hold in high esteem, and most of us strive for. But is work ethic something that we understand well or have a clear definition for? Is it something that we all attain, or even take meaningful steps towards? I would venture to say that more often than not, the answer to these questions is no. Most of us aspire to have a stronger work ethic, to be more disciplined, diligent workers. But how do we achieve that? There is certainly no easy answer to this question. I’d like to explore one concept here that can a helpful part of the process to developing discipline and a great work ethic. That is habit.

I particularly enjoy this definition of habit—“a settled or regular tendency or practice, especially one that is hard to give up.” The key part of this definition is that habits are difficult to give up. Habits come in all shapes and sizes. We can all think of negative habits that we possess and would like to discard— snacking on sweets, sleeping late, watching too much TV. Whatever it may be, we all have some behaviors that we know may be detrimental to our state of being, yet are difficult to shake. And habit’s are just that—very difficult to shake. The neural circuits that govern our behaviors enjoy repetition and patterns, particularly those that are gratifying in some way to our sensorium. This is why bad habits are tough to break.

But let’s flip that around. I would venture to say that good habits—such as a daily workout routine, waking up early, eating healthy—are difficult to build but also difficult to break. It is certainly not easy to develop the habit of exercising daily despite being tired from work or studies. But the act of exercising is certainly beneficial to one’s health and state of mind, and those effects are tangibly felt by our bodies. This habit has to be slowly built by overcoming the initial hurdles of complacency, each day fighting the urge to simply relax rather than exercise. But once this is achieved and a certain threshold is crossed, the behavior becomes routine to our bodies and minds, part of our normal existence. To deviate from it, though “easier,” feels abnormal and causes us to revert back to the habitual behavior. Thus, building good habits is a simple way to increase your ability to consistently work toward your goals.

People Who Have Great Work Ethic

If I asked you to think for a moment about the individuals who have the highest work ethic, you may come up with a diverse list. Perhaps someone close to you in your life who has demonstrated particular resilience. Perhaps a mentor who has been a role model to you. Perhaps even a doctor or medical professional makes your list. I certainly have examples of people in all these categories that come to mind. For me though, one particular group of people stands out as the most visibly disciplined, the most identifiably dedicated to their craft: athletes. This is likely because I love sports, and also likely because athletes are in the spotlight and their behind-the-scenes work can be more easily identified than most other fields. But to me, athletes are such a great example of world-class work ethic that directly facilitates success. On that note I’d like to share an anecdote which always sticks out in my mind. It is an amazing story which struck me, and reminded me of the power of discipline, dedication and work ethic.

This story was initially recounted on reddit by one of the athletic trainers for the USA Men’s Olympic basketball team in 2008. This was a team that was absolutely stacked with hall-of-fame talent, much like the famed “Dream Team” of 1992. The 2008 squad won gold as the USA generally does, and blew most of the international competition away. The most notable players on the team were Lebron James, Dwayne Wade, and of course, Kobe Bryant.

This trainer, who had previously worked with NBA players like Dwayne Wade and Carmelo Anthony as well as many other professional athletes, recounted his first interaction with Kobe Bryant. It was during the summer training in Las Vegas leading up to the actual Olympics in Beijing:

We first met three days before the first scrimmage, on the day of the first practice, early July. It was a brief conversation where we talked about conditioning, where he would like to be by the end of the Summer, and we talked a little bit about the hustle of the Select Team. Then he got my number and I let him know that if he ever wanted some extra training he could hit me up any time.

The night before the first scrimmage I remember I was just watched “Casablanca” for the first time and it was about 3:30 AM. I lay in bed, slowly fading away when I hear my cell ring. It was Kobe. I nervously picked up.

“Hey, uhh Rob, I hope I’m not disturbing anything right?”

“Just wondering if you could just help me out with some conditioning work, that’s all.”

“Yeah sure, I’ll see you in the facility in a bit.”

It took me about twenty minutes to get my gear and out of the hotel. When I arrived and opened the room to the main practice floor I saw Kobe. Alone. He was drenched in sweat as if he had just taken a swim. It wasn’t even 5AM.

I was expected to be at the floor again at about 11 AM. I woke up feeling sleepy, drowsy, and almost pretty much every side effect of sleep deprivation. Thanks, Kobe. I had a bagel and headed to the practice facility.

This next part I remember very vividly. All the Team USA players were there, feeling good for the first scrimmage. LeBron was talking to Carmelo if I remember correctly and Coach Krzyzewski was trying to explain something to Kevin Durant. On the right side of the practice facility was Kobe by himself shooting jumpers. And this is how our next conversation went — I went over to him, patted him on the back and said, “Good work this morning.”

“Oh. Yeah, thanks Rob. I really appreciate it.”

“So when did you finish?”

“Getting your shots up. What time did you leave the facility?”

My jaw dropped. Mother of holy God. It was then that I realized that there’s no surprise to why he’s been as effective as he was last season. Every story about his dedication, every quote that he’s said about hard work all came together and hit me like a train. It’s no surprise to me now that he’s dunking on players ten years younger than him and it wasn’t a surprise to me earlier this year when he led the league in scoring.

This story has always stood out to me. Kobe had gotten up at 4AM to work out until 11AM before a full scrimmage. His teammates, the world’s elite in their own right, were arriving minutes before the scrimmage was to begin. How could it be that he was so dedicated, so driven to work on his craft? This story made a huge impression on me when I heard it, much like the impression it made on the trainer himself. To me it is one of the most resounding examples of relentless work ethic I have heard in my lifetime. It is so awesome to hear this story and know that one of the greatest basketball players of all time achieved that success by hard work. Our eyes and hearts often gravitate toward exceptional individuals with the assumption that natural talent is the primary driver of their success. But let this be an example that even the best of the best, after championships and MVP’s, derive their success primarily from amazing work ethic.

Remember the Power of Habit

Besides the fact that this story is truly inspirational to me, I chose to share it here because athletes like Kobe Bryant are a great example of how habit can drive work ethic. It is Kobe’s habit to be up early to work on his game, no matter the circumstance. It is habit that drives his itch to get back on the court and hone his skills. No doubt Kobe Bryant’s unique work ethic has been powered by many factors. But I have heard countless stories about his habits – his refusal to deviate from the behaviors and mindset that drive his success.

I think each and every one of us can identify how habit can help us develop more productive behaviors. We can all strive to eliminate deleterious habits and cultivate fruitful ones. So going forward, when trying to define work ethic and what it means to you, remember the power of habit. Remember how it can be a powerful tool to develop the discipline and dedication you are striving for.[/vc_column_text][/vc_column][/vc_row] 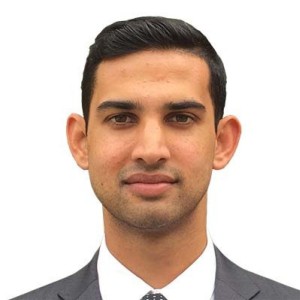 Dr. Amit Pandey graduated from the University of California, Los Angeles summa cum laude with a B.S. in Biology and went on to earn his M.D. from the University of California, San Diego. He was awarded the S.B.H. Memorial Thesis award for his research in cardiology as a medical student. Dr. Pandey matched into Internal Medicine residency at UCSD and is pursuing a career in Hospital Medicine. He has experience serving on the admissions committee for both medical school and residency. He is also passionate about medical education and helping the next generation of premedical and medical students achieve their goals. His love of mentoring and affinity for writing has led him to write numerous articles on the Med School Insiders Blog. When Dr. Pandey is not working to help his patients, he can be found on the basketball court.
All Posts »
PrevPreviousGrit: The Power of Passion and Perseverance – Book Summary (Part 2/2)
NextWhen Should You Quit?Next

Taking effective notes is essential to becoming a top student. Here are some note-taking tips and strategies that will help you level up your notes.