Sure, medical school is competitive, but so are other professional schools, like physician assistant, veterinarian, nurse practitioner, law school, business school, and others. But how do they compare to one another, and which is most competitive? Let’s find out.

To assess how competitive a training path is, we’ll look at a few matriculant factors: average GPA, average percentile in standardized tests, and overall acceptance rate. No single factor in isolation tells a full story, which is why we’re looking at multiple components.

In the United States, there are two distinct pathways and degrees to become a physician. The MD, or allopathic path, is more common, and likely the one you’re more familiar with, but the DO path, where you train in osteopathic medicine, is also a valid option. I’ve covered the differences between allopathic and osteopathic medical school paths previously, including the pros and cons of each.

In terms of competitiveness, allopathic medical school is substantially more competitive than osteopathic medical school. MD matriculants have an average undergraduate GPA of 3.7 and MCAT of 511, which is an 82nd percentile score. DO matriculants, on the other hand, have an average GPA of 3.5 and an average MCAT of 503, which is a 61st percentile score. Last year, 53,342 applied to MD schools and 21,869 students matriculated, meaning 40.9% of those who applied were accepted by a medical school. The average applicant applies to 15-20 schools. Note that some schools have incredibly low acceptance rates, some even below 2%!

The majority of doctors in the U.S. go through the MD path, and since 2017, women have been the majority of matriculating classes each year, averaging around 51%. DO classes have consistently had lower rates of women entering osteopathic medical schools, and while it has consistently risen in recent years, just as allopathic medical schools, most recently women constituted 49% of first year enrollees.

In the U.S., there’s a strong push to increase female representation in the field of medicine, however in other countries, such as the U.K., some argue there are too many female medical graduates. In this 2008 article, Brian McKinstry argues “too many female graduates are bad for medicine, just as too many male ones have been in the past. The numbers of men and women entering medical school should roughly reflect the numbers in society. The case for this is simply on grounds of equal opportunity.” While an interesting read, he doesn’t understand the difference between equal opportunity and equal outcome, which is a dangerous albeit common mistake, but that’s not the topic of this discussion.

If you’re interested in pharmacy school, there’s good news. Acceptance rates are steadily rising year after year, with an overall acceptance rate of 82.7% in 2018. At the same time, the average composite PCAT score of accepted applicants has steadily been declining, down to the 59th percentile. The average undergraduate GPA for accepted students is 3.3, and some are saying it’s now “dangerously easy to get into pharmacy school.”

But why is that? It seems that the growth rate of pharmacy jobs has not kept up with the growth in number of pharmacy students graduating each year. As a result, there’s a supply and demand issue, with many pharmacists finding it difficult to secure a job, and fewer are now interested in pursuing the field.

In terms of gender mix, pharmacy enrollment has been majority female, with 55-60% of women accounting for entering classes for the last several years.

Unlike pharmacy school, dental school is becoming slightly more competitive with time, not less. The average dental school matriculant has a GPA of 3.5, and a composite DAT score up to 20, which is around the 75th percentile. Of all the students that apply to dental school, approximately 50% matriculate.

So why is dental school becoming more competitive? Put simply, more people are applying to dental school, which is the result of a variety of factors. Dentistry has a favorable work-life balance, more autonomy than pharmacy, NP, and PA paths, and a shorter training period of 4 years, compared to 4 plus 3 – 7 years for medical school. Some say that dentistry being more widespread on social media is also contributing to the increased interest.

There are only 30 accredited veterinary schools in the U.S., meaning the supply of open seats is quite limited. However, the number of people wanting to become a veterinarian is also much lower, in large part due to an unfavorable debt to income ratio. Lots of debt, but not lots of income, therefore lower demand and lower competition to get into vet school. Most recent numbers point to 7,076 applicants for 4,120 seats, yielding an overall acceptance rate of 58.2%.

The overwhelming majority of veterinary students are women, with most recent classes around 82%.

Similar to medical school, however, your application requires much more than just numbers. Extracurriculars, such as research, volunteer, and clinical experience are highly recommended to be seriously considered by schools.

The numbers to get into PA school seem daunting at first, and I’ve had PA students tell me that getting into PA school is more competitive than getting into medical school. It’s easy to see why – of the close to 27,000 applicants that applied, only about 9,000 got accepted to a school, yielding 33% of applicants obtaining a seat. That’s lower than the 40% for medical school in the U.S.

But that’s obviously not painting a complete picture. Don’t be discouraged — it’s definitely attainable, and less competitive than medical school. The average GPA for PA matriculants is 3.5, and in terms of GRE performance, they score on average in the 42nd percentile on math, 53rd percentile on verbal, and 54th percentile on analytical.

The field is female dominated, with women accounting for close to three quarters of first year PA students.

NP schools usually require some nursing experience. The minimum for many programs is 1 to 2 years, but some don’t require any previous nursing experience. Regardless, GPA isn’t highlighted — minimum GPA cutoffs are around 3.0, but this isn’t a hard rule. Middle Tennessee State University, for example, is reported to generally accept applicants with a GPA of 2.9 or greater.

There isn’t a centralized source for data, but the key in getting into NP school is work experience. Grades are of secondary importance, and extracurriculars are even less important.

The NP path is the most heavily female skewed of all these paths, with fewer than 15% men.

Law school admissions is more dependent based on the tier of law school you’re looking at. Over the past few years, between 61-66% of applicants were accepted to a law school, with an average GPA of 3.4 and LSAT score in the 63rd to 67th percentile. Some top 10 law schools have average GPAs of 3.7, mid tier programs are around 3.4, and other schools even have average GPAs of 2.9.

Historically there have been more men than women entering law school, but since 2015, entering classes are more heavily female, between 51% and 53%, depending on the year.

Despite some law schools moving toward more holistic application review processes, there’s still a heavy emphasis on GPA and LSAT score in determining your competitiveness, as schools want to make sure you can excel academically in a challenging environment. Extracurriculars, which certainly have their place, particularly at some institutions, have less relevance compared to something like medical school.

Business school, where you earn an MBA, is a different animal from the rest. According to my colleagues who have gone to B school, you want to be at a top 10 program for your degree to be most meaningful to your career advancement. In comparison, medical school ranking is somewhat important, but much less so. For this reason, business school also has a wide spread in competitiveness, similar to law school. There are two main factors contributing to business school competitiveness. First, there’s a limited supply of seats at highly desirable institutions. In the business school circles, they point to the M7 schools as those with the greatest prestige and benefit to your resume. Second, there’s a low barrier to entry, as there are fewer requirements to apply to business school.

The average GMAT score for business school matriculants at top 50 schools is 703, translating to an 88th percentile on the test. For top 20 schools, the average GPA is 3.5, but some top institutions like Harvard and Stanford have average GPA’s of 3.7.

But just like medical school, it’s much more than just test scores — business schools care about work and leadership experience, your essays, and letters of recommendation. At top institutions, they want to see applicants with a track record of high performance and impact, who can add value and bring diversity to a well rounded class.

Over the years, I’ve had individuals on these various healthcare paths tell me their paths are all more competitive than medical school, despite me never asking them. Initially I thought this was strange, but it makes sense. It’s not uncommon for egos to be deeply intertwined with one’s professional work, but remember whether or not your graduate school path is more or less competitive than something else doesn’t make you worth more or less as a person. And plus, we’re all on the same team, trying to help our patients.

Based on the current data, medical school is the most competitive of the listed professional schools. But I anticipate medical school will decrease in competitiveness at some point in the coming years. As I have spoken about previously, many are drawn to medicine for reasons that are not in line with reality, and rates for burnout and depression are at all time highs. However, as the public perception of medicine catches up to reality, there will be fewer people applying to medical school, driving down competition to more reasonable levels.

Dr. Kevin Jubbal graduated from the University of California, Los Angeles magna cum laude with a B.S. in Neuroscience and went on to earn his M.D. from the University of California, San Diego as the sole recipient of the top merit scholarship for all 4 years. He matched into Plastic & Reconstructive Surgery residency at Loma Linda University Medical Center. He has authored more than 60 publications, abstracts, and presentations in the field of plastic surgery.Dr. Jubbal is now a physician entrepreneur, and his passion for medical education and patient care led him to found the Blue LINC Healthcare Incubator and Med School Insiders. Through these and other projects, he seeks to empower future generations of physicians, redefine medical education, and improve patient care through interdisciplinary collaboration.
All Posts »
PrevPreviousThe Costly Shortage of Black Physicians
NextThird Year Clerkship Review: OB/GYNNext 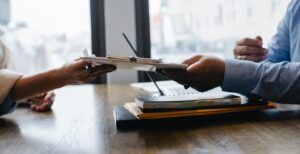