When I start to talk about anthropology, the first thing that goes through peoples’ minds is archaeology. Let me set the record straight: anthropology is not archaeology. Or at least not just archaeology. Anthropology in general is a field dedicated to studying how different the human experience can be across the globe. Topics range from understanding family dynamics in remote South American villages to understanding why China interprets mental illness differently than the United States. A good example of this could be a plump king. Years ago, if you had a significant amount of fat, that meant you were well fed which meant you were well off. Therefore, if you saw someone was overweight, you knew they were wealthy and likely of high social status. Today, we would likely consider the health risks that obesity introduces. Furthermore, overweight people in the world today are often looked down upon and stigmatized. What was once a sign of wealth and health is now a sign of poor health and a source of stigmatization. Understanding the cultural and sociological foundations of health helps us to understand discrepancies such as this one.

Having a background in medical anthropology provides obvious benefits for students interested in global health or international development, but it will also help you make sense of domestic issues such as racial disparities in healthcare and the development of the opioid crisis. In addition, gaining an appreciation for the complexity of issues and myriad of factors at play will make you a more compassionate, and therefore superior, physician.

An Overview of Medical Anthropology

There are a few different kinds of medical anthropology, but generally, the field seeks to understand medicine, health, and diseases through the lens of culture and community. Medical anthropology was made famous (and for all intents and purposes, created) by Dr. Arthur Kleinman, an American psychiatrist who has been in the field for close to 50 years. He has spent much of his career in China investigating the views and treatment of people with mental illnesses. In the past 20-30 years, the field of medical anthropology has gained traction, and now there are programs that specifically specialize in it. A notable medical anthropologist today is Dr. Paul Farmer, a former student of Kleinman’s. Together, they teach an undergraduate class at Harvard titled “Who Lives? Who Dies? Who Cares? Reimagining Global Health.” The accompanying textbook is a great read, and I highly recommend it. Many of the scenarios which I offer below are discussed in detail in the book alongside current research, historical accounts, and personal stories.

Benefits of an Anthropological Perspective

As previously mentioned, a background in anthropology can help you understand problems and people in a way that makes your care more effective. Let’s go through a few examples of that and explain how an anthropological approach can help you in various settings.

Plenty of organizations around the world strive to better the health of struggling populations. But how many of them succeed? In my undergraduate class “The Stakes of International Development”, the majority of international development projects we investigated were failures. Even endeavors as simple as providing clean water would fail to achieve their goals. Why? Because the project managers approached the situation from their point-of-view rather than from the point-of-view of the community they were trying to serve. A common situation is where an organization identifies an issue and tries to directly fix it, but they miss the underlying cause of the problem. Whether historical, religious, or cultural, people often have reasons for why they do what they do. Without recognizing these influences, we cannot find an effective solution. Without respecting the lives and beliefs of the communities we are trying to help, we also are much less likely to earn the peoples’ respect and trust. In the end, hundreds of thousands of dollars are wasted and the community in question is left no better off.

In 1978 with the Alma Ater, the World Health Organization made a pact to achieve health for all, particularly through ensuring primary care. It’s 2020 and that still hasn’t happened. Why is this? Are medical advancements just not enough? Do we need to do more fundraising? Are politics hindering progress? All of these may contribute to the failure of reaching the Health for All goals. But what I find particularly interesting is that when you look at the history of world health, unsurprisingly, many movements and decisions have been made by the dominating world powers. Often times, health development endeavors have been coupled with strategies to assume and retain power. I won’t get into the dirty details, but if you’re interested in the topic, do a Google search for “Structural Adjustment Programs”. These programs, under the guise of helping to develop third world countries, required governments to adhere to rules which ultimately worsened their economies and the health of their people.

Anthropology helps to explain not just why disease might spread more quickly in some countries than others, but it can also enlighten domestic issues as well. For example, did you know that access to healthcare in Chicago is significantly more difficult for non-white populations due to a history of redlining? Years ago, when the city was developing, slavery had been abolished but landlords and government officials found ways of bending the law to keep Hispanic, Black, and other communities of color living in the poorer areas. When hospitals and schools were built, of course, they were built in the wealthier, white neighborhoods. Years later, this lack of healthcare facilities in the marginalized communities created a significant healthcare disparity.

Alternatively, consider the opioid crisis in America. Many people become addicted after being prescribed opioids as painkillers. A common situation is where someone who does physical labor for work becomes injured, goes to the doctor, and is prescribed painkillers. If the worker’s company – let’s say it’s a construction company – does not offer sufficient paid leave and/or workers compensation, the worker is not able to get the rest and the care he needs. To make money, he must continue working through his injury which worsens it. As his injury persists, he takes more and more opioids to compensate. Soon enough, our worker is addicted and tries to get that pain-relief in any way he can.

The foundational lessons of anthropology encourage you to consider all of the factors that contribute to a person’s health. This view is important for every single physician. If you’re a pediatrician, you need to ask questions about a child’s home life, their support system, and their schooling system to understand why they’re not eating or why they have anger issues. As a primary care physician, you may need to consider what part of town someone lives in and what medical resources they have access to. If you’ve been in the clinic or shadowed doctors, you know that health is not just determined by biology or even by personal habits. Every aspect of a person’s life (their economic status, their living situation, their access to healthy foods, etc.) play a role in their health. Understanding this helps you to not only diagnose problems correctly but also to help find solutions that will actually work for a patient.

Should You Try Medical Anthropology?

If you’re interested in world cultures or investigating how health looks different in different communities, you should definitely take a class in medical anthropology! Not many universities have courses specifically on medical anthropology, but my recommendation would be to take an introductory anthropology course. As you go through the course, consider how what you’re learning could be applied to health and medicine. Choose to write your essays on health-related topics, such as how certain diseases in Western medicine are viewed as harmful, while in other cultures, they’re viewed as a gift. A great example of this situation is illustrated in the novel The Spirit Catches You and You Fall Down. This novel follows an immigrant family through their experience of caring for their daughter who has severe epilepsy. While their physician wants the daughter on medicine to control the seizures, the parents resist since, in their culture, epilepsy is viewed as a gift. With the doctor and family at odds, tensions rise, Protective Services is called, and the daughter’s condition continues to worsen, all due to a lack of understanding.

So take a class or pick up a book about medical anthropology. You’ll find that your understanding of the world becomes deeper and more holistic, making you a better and more compassionate physician.

Cailey is currently finishing her last year at MIT, earning a BS in Brain & Cognitive Sciences with a minor in Anthropology. She is a researcher at the McGovern Institute for Brain Research and has interned at several medical humanitarian aid organizations such as Médecins sans Frontières and EMERGENCY ONG, an Italian organization. After undergrad, she hopes to pursue a Fulbright Fellowship studying Global Health in Australia before continuing on to an MD/PhD program. Her ultimate goal is to combine a surgical career with an administrative position at a Non-Governmental Organization, focusing on global health and international development.
All Posts »
PrevPreviousMed School Scholarships You Can Still Apply For
NextThe Problem With Your MCAT Studying (& How to Fix It)Next 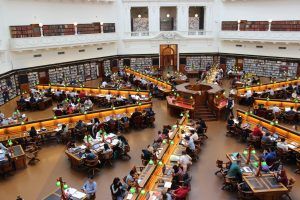 Why BS/MD Programs May Not Be Right for You

BS/MD programs seem like a relief from the uncertainty of the traditional process but these programs are not a natural fit for the majority of applicants for 3 reasons.

Medical School With Low GPA? Here’s How to Gain Acceptance

If you have a low GPA and want to be a doctor, all hope is not lost. Here’s how you can get accepted to medical school with a low GPA.

Are BS/MD Programs Worth It? Pros and Cons

BS/MD programs can be a great option for driven, focused high school students looking to go to medical school. However, there are also a number of drawbacks worth understanding.