For assistance writing a letter of intent or letter of interest, Med School Insiders offers highly effective editing and advising services to maximize their impact. 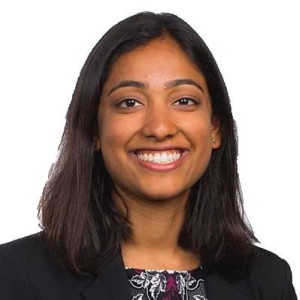 Meghana Pagadala graduated from Caltech with a B.S. in Chemistry. At Caltech, she worked in the laboratory of Dr. David Baltimore, focusing on immunotherapy development, which motivated her to pursue a combined MD-PhD degree program at UCSD. Currently, she is working on understanding germline variation underlying the tumor immune microenvironment under the mentorship of Drs. Hannah Carter and Jill Mesirov. In her free time, she likes to work out, play volleyball, dance and travel.
All Posts »
PrevPreviousHow to Filter Important Information as a Student
NextMy Story – Overcoming Clinical Depression as a Medical StudentNext

Are you interviewing digitally for medical schools or residency programs this year? Check out these 5 insights to sharpen your interviewing skills in a virtual setting.

Anatomy of a Successful Premed

Success as a premed student requires strategic and intelligent use of your resources and energy – these are the premed strategies that earned me acceptances to multiple top 10 medical schools with full-tuition scholarships.

Is choosing a medical school like choosing a college? Does your intended specialty matter? What about prestige? Here’s how you can decide which med school is best for you.