The Evolving Face of Medicine: 10 Facts About Today’s Medical Students

While medicine is a dynamic field that is constantly being updated because of human innovation, medical education itself had been relatively stagnant for decades. However, medical education has recently undergone many consequential changes, with medical student demographics becoming more diverse and medical schools changing the way that medicine is taught. While there is still much progress to be made, it is important for us to appreciate that change is happening in real time.

1 | There Are Now More Female Than Male Medical Students

2 | The Percentage of African American Medical Students Has Increased

According to the AAMC, 7.3% of matriculants to medical schools identified as Black or African American in 2017. This is up from 6.8% in 2002. Like women, the percentage of black matriculants had actually been decreasing annually before the LCME accreditation standards were implemented. This trend reversed between 2012-2017.

3 | The Percentage of Hispanic Medical Students Has Increased

4 | The Percentage of Asian Medical Students Has Increased

5 | The Percentage of Caucasian Medical Students Has Decreased

7 | Some Medical Students Are Graduating with Little or No Debt

Medical student debt is a serious problem, with the average medical student graduating with $200,000 in debt in 2017. Some medical schools are taking big steps to address medical student debt. For instance, in 2018 NYU became the first medical school to offer scholarships that cover medical school tuition for all its students regardless of need or merit, an effort due in large part to a $100 million donation from Kenneth Langone. Similarly, Columbia and UCLA began offering full-ride scholarships based on need and merit, respectively, using millions of dollars from wealthy donors (Dr. P. Roy Vagelos and David Geffen, respectively). Getting into NYU, Columbia, or UCLA will likely become even tougher in the coming years. Hopefully, other medical schools will implement tuition reduction or elimination programs that enable more medical students to graduate with little or no debt.

The American Medical Association’s (AMA) Council on Long Range Planning and Development recently released a report entitled the “Medical Education: Health Care Trends 2016 – 2017 Edition.” It has a ton of interesting information, read through it if you have the time. It is interesting to note that the report predicts that the current generation of medical students, being millennials who prioritize work-life balance, will likely gravitate towards careers with more reasonable schedules.

Interprofessional education (IPE) is basically where medical students are taught to function in the collaborative team environment of modern medicine. An example would be a group exercise between medical, nursing and pharmacy students, where all disciplines work together to provide care for simulated patients. The number of medical schools that have implemented IPE in their curriculum doubled between 2007 to 2014, from 44% to 88%.

The AMA has another initiative called the Accelerating Change in Medical Education Consortium, which is providing millions of dollars in grants to medical schools. As part of this initiative, the AMA and faculty from eleven medical schools funded by the consortium collaboratively wrote a book called “Health Systems Science” that is now being taught at several medical schools. This book is trying to establish health systems science as the third pillar of medical education alongside basic and clinical sciences. Topics covered in the book range from population health, socioeconomic determinants of health, healthcare policy, and value-based care.

Though progress has been modest and/or slow, there has been definite change happening in the American medical education system over the past years. Medical school classes are gradually becoming more sexually and racially diverse, some medical schools have taken big steps towards curbing student debt, and medical educators are teaching medical students how to work in teams and understand the complex landscape of the American healthcare system. 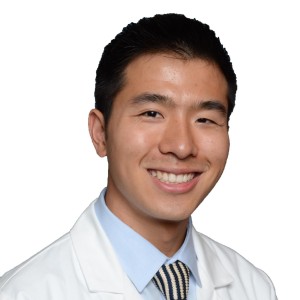 Lawrence Wang earned his B.A. in Chemistry from Haverford College before completing a post-baccalaureate fellowship at the National Institutes of Health. He is currently pursuing a combined MD-PhD degree at UC San Diego, the National Institutes of Health, and the University of Oxford. When he is not in the clinic or lab, Lawrence enjoys traveling, cooking, and exercising.
All Posts »
PrevPreviousThe Insiders Scoop – General Surgery
NextDoes Your College Matter for Med School? Ivy League vs. Public UniversityNext